To all EFT (Emotional Freedom Techniques) students that
sets the stage and tells the "why" of this EFT Tutorial.

"Together we will build within you a bridge to the land of personal peace."

Note: this was originally written in 1995 as an introduction to The EFT Manual.  That manual is now obsolete and has been replaced by this Tutorial.  Nonetheless, the spirit of that original article was so well accepted that I am including it here.  It has been adjusted slightly to reflect current circumstances.

As I write this I'm at home....alone....on a Tuesday evening.  There's a light rain outside making gentle noises on the window.  After years of writing and filming, EFT is complete.  We are almost ready to "go to press."

And five minutes ago the tears came rolling down my face.

And then I knew why I wanted to create this Tutorial.  What I mean is, I always knew why...but I didn't know how to say it.  And now I can put it in words. Here's the story.

Five minutes ago I was reviewing a video that my associate, Adrienne Fowlie, and I made at the Veterans Administration in Los Angeles in 1995.  We spent 6 days there using EFT to help our Vietnam vets get beyond the horrible memories of war. 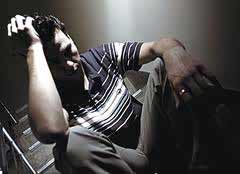 They had Post Traumatic Stress Disorder (PTSD) which is among the most severe forms of emotional disorders known.  Every day these men relive the catastrophes of war ... like being forced to shoot innocent civilians (including young children) ... burying people in open trenches ... and watching their own dear friends die or become dismembered.  The sounds of gunfire, bombs and screams ricochet in their heads day and night.  Sometimes only drugs ease the ever present aches of war.

They sweat.  They cry.  They have headaches and anxiety attacks.  They are depressed and in pain.  They have fears and phobias and are afraid to go to sleep at night because of their nightmares.  Many have been in therapy for 20 years ... with very little relief.

I still remember how thrilled I was when the VA invited Adrienne and me to bring EFT to our soldiers.  They gave us free rein to counsel with these men in any way we wanted.  This would be the ultimate test regarding the power of EFT.  If all it did was make a modest, but noticeable, difference in the lives of these severely disabled men, most people would have considered it successful.  In fact, it did much more.

The VA didn't pay us.  They didn't have a budget for outside help like this.  In fact, we had to pay for our own air fares, hotel bills, meals and car rentals.  But we didn't care.  We would have paid much more just for the opportunity.

So anyway, this video I was watching was a summary of what happened during those 6 days.  One section was all about Rich, who had been in therapy for 17 years for his PTSD.  He had:

After using EFT with him, every trace of those problems vanished.

Like most people, Rich had a hard time believing that these rather strange appearing procedures would work.  But he was willing to give them a try.  We started with his height phobia and after about 15 minutes with EFT, it was gone.  He tested it by going several stories up in a building and looking down over a fire escape.  To his amazement, he had no phobic reaction whatsoever.  We then applied EFT to several of his most intense war memories and neutralized all of them within an hour.  He still remembers them, of course, but they no longer have any emotional charge.

We taught the techniques to Rich (just as you are being taught through this Tutorial) so he could, by himself, work on the rest of his war memories.  Within a few days they were all neutralized.  They no longer bothered him.  As a result, the insomnia went away and so did the insomnia medication (with the supervision of his physician).  Two months later I spoke with Rich on the phone.  He was still free of the problems.

That's real emotional freedom.  It's the end of years of torment.  It's like walking out of a prison.  And ...  I had the privilege of handing him the keys!!!  Man ... what a feeling.  This is the promise of EFT.  Master it and you can do for yourself, and others, what happened for Rich.

Then there was Robert, Gary, Phillip and Ralph who all had traumatic war memories.  In minutes, EFT provided relief for the memories we worked on.  To see the smiles and hear the gratitude was a form of joy that only tears can express.  And then came the video interview with Anthony.

Anthony was so frightened by his war experiences that he was afraid to go into a public place ... like a restaurant ... for fear a Vietnamese soldier would come in firing an AK47.  He would freeze up at the mere thought of it.  He knew, of course, it wasn't logical but that didn't make the fear any better.  That's what PTSD is like.

After using EFT, Anthony went with us to a crowded restaurant and, in his words, he "didn't have a nickel's worth of anxiety."   The three of us, Adrienne, Anthony and myself, casually laughed and joked while we had a leisurely dinner in this restaurant, crowded with over 200 people.  Anthony was completely relaxed.  The fear was gone.  What movement!  What a feeling to be able to make such a difference in someone's life.

Then, in the interview on camera, he paused a minute and said, "God has blessed me, I swear.  I think it was my time to meet you guys."

And there...sitting in my living room...is when those happy tears went rolling down my face.

The human value in this Tutorial deserves its own mountain top.  You can lift yourself to new levels with it.  And, if you wish, you can use it to help others and magnify your self worth in the process.  How many thank you's would you like?  No greater reward could I give you.  So now I hope you know my motivation for creating this Tutorial.  It is because God has blessed me, I swear.  It is my time to meet you!

Together we will build within you a bridge to the land of personal peace.  Once built, this bridge will become a lifetime skill that you can use to spread emotional freedom ... and joy ... from yourself to others.  And ... it's permanent.  Like gold ... it doesn't rust or tarnish or become obsolete.  It will always be there for you.

You and I may never meet face to face so I may not be able to see you and know your warmth, as I did with Anthony.  Our only connection may be limited to this Tutorial.  But that's OK.  Whenever people join for the purpose of healing, they are doing God's work.  Love fills the space in between (however large) and helps it happen.  God does not require that we meet face to face.

You and I are about to travel together on a journey toward emotional freedom.  It will be like nothing you have experienced before ... I promise.  It is not a mythical ride on a magic carpet that ends in illusion.  It is a real ride destined to give you real results ... just like it did for our veterans.  You will, indeed, develop the ability to discard your fears, phobias, traumatic memories, anger, guilt, grief and all other limiting emotions.  And it won't take years and years of painstakingly slow and financially draining sessions either.  Often, even the most severe negative emotions vanish in minutes.  But I'm getting ahead of myself.  You will see all the proof you need as you learn this Tutorial and apply these techniques to yourself.

You will also learn of their limitations.  EFT doesn't do everything for everyone.  But what it does do will astonish you.  It still astonishes me and I've been doing it for years.  EFT, by the way, does far more than what is covered in this letter.  I've just opened the lid a little here and let you peek in.  The rest of it will unfold as you turn these pages.

P.S.  Please note that the emotional and energetic releases brought about by EFT frequently result in profound physical healings.  As you will see, EFT can address just about every emotional, physical and performance issue you can name.

Please note: This Tutorial, while useful, was replaced in 2014 by my newest advancement, Optimal EFT. More efficient. More powerful. Full explanation given in my free, easy-to-read e-book, The Unseen Therapist.