“But it doesn’t work for me!”
Many get little or no results via EFT – this need not be. 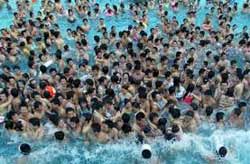 This article is about an EFT opportunity for a swelling ocean of under-served and  disillusioned EFTers and how they can gain the results that have, so far, eluded them. A little history will help me in this effort.

When I founded EFT in 1995 I did so with an “Open Hand Policy” wherein people were encouraged to innovate with it, blend it with their other techniques and so on.  It was free.  No royalties or other restrictions were placed on it. This began what we now call my “Worldwide EFT Classroom” and has grown to millions of people in over 20 languages.  It has been on TV more times than I can count and over 100 books, DVDs and movies now feature EFT. Further, it has gained the attention of celebrities such as Wayne Dyer, Deepak Chopra, Jack Canfield and Louise Hay. This is the good news.

The not-so-good-news is that it is rare to find any two people who do EFT the same.  Why? Because this proliferation of EFT has naturally been filtered through thousands (or millions) of belief systems and is being taught throughout the world by a throng of enthusiastic people, each believing in their customized version of EFT with integrity and the will to do good.  This is very confusing to the newcomer.  See About Those EFT Tapping Spin-Offs: A Candid Discussion.

Also, in these diverse teachings, you will rarely find any detailed treatment of vital, in-depth topics such as...

This results in “Surface EFT” wherein EFT tends to be aimed at the symptoms of the various issues rather than their causes.  While this can sometimes be effective, it often creates results that are temporary, partial or non-existent.  The people who experience these sub-par results represent the EFT Silent Sea of Disappointed People.

By contrast, some people get extraordinary results with Surface EFT and these results are heavily promoted on the internet and other media. This makes it seem like EFT cures everything and does so instantly for everyone. Or at least that’s the impression given by many EFT promoters.  I even thought along these lines myself at first.  This is because people would write to me about their “miracles” and I would publish these stories on my website.  This brought more miracle stories and the quick fix reputation of EFT began to mushroom.

But, alas, I primarily saw the successes because only a scant few wrote to me about their failures.  The under-served people remained silent while the more fortunate ones sang EFT's praises. Now, years later, I realize that a huge number of people are in this EFT Silent Sea.  They are lost, disillusioned and often say, “But EFT doesn’t work for me!” 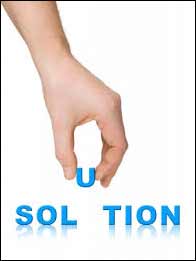 The solution, obviously, involves proper education with an in-depth standard for everyone to use.  That is why I created the Gold Standard EFT Tapping Tutorial and The Optimal EFT Course - Online Training From the Founder.  These hallmarks of EFT excellence are only presented on my website because only in this way can every feature be properly controlled, updated and organized.  Stated differently, they cannot be adjusted or diluted by others and thus they provide quality EFT for everyone.

They are available to anyone with access to a computer and, unlike printed books, are filled with video examples of the important concepts.  Professionals and self-helpers can know that they are learning the “real deal.”  And both can access the growing library of supporting materials and become as expert as they choose.  With these essential tools, the Silent Sea will be much better served and will join the smiling evangelists within the EFT Worldwide Classroom.

So, if you are a member of the EFT Silent Sea, make sure your workshop presenter or EFT practitioner is thoroughly grounded in Gold Standard EFT Tapping and Optimal EFT.  Otherwise, consider going elsewhere.  Avoid those using Global Approaches in the EFT Tapping Process, or EFT Tapping Scripts or brief youtube videos.  These are likely doorways into the EFT Silent Sea.