Testing Your Results -- Introducing The Triad

As you now know, the most fundamental concept within Gold Standard EFT is as follows:

Break the issue into smaller parts, and address
those parts one at a time until the issue is resolved.

As long as you still have the overall issue, there are still Aspects within the EFT Tapping Process to resolve. You already know how to spot an Aspect, and you know how Being Specific can help you find new ones, but there is one final piece to the puzzle and that is Testing your Results. 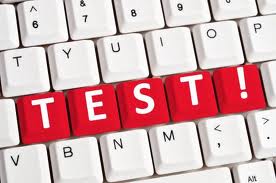 We can evaluate the intensity of an issue from 0-10 as we sit in the living room, but until we actually challenge those measurements, there may be Aspects that have been overlooked. The best way to test your results is to put yourself in the actual situation that would trigger your issue and see if any of it comes back. As you may remember, after addressing Dave’s Fear of Water in the Finding Aspects within the EFT Tapping Process article, I not only put him in the pool, but I asked him to dunk his head, and found plenty of new Aspects along the way. I also took Rich out to the balcony to test his fear of heights and asked him to imagine other scenarios that might trigger his intensity. We have already suggested that you put yourself in situations that would test your own issues like fear of public speaking, social anxiety, and relationships, so the concept extends to any issue you can imagine.

The point is this - if we can still trigger intensity on the issue, then we know there are more Aspects to address. Testing your results is a matter of finding ways to trigger the issue to really see what’s left. As you will find, this kind of testing plays an important role throughout the process.  Why?  Because even though it can seem like all the Aspects are clear, most testing efforts do reveal new ones.  Eventually you will see Testing as a way to get better results, rather than just a way to confirm that you are done. 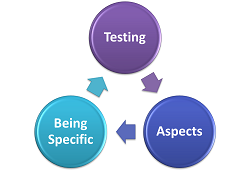 This idea about Testing your results is crucial for an in-depth understanding of the EFT Tapping process and forms a Triad, or harmonious trio, with our articles on Aspects and Being Specific.  For clarity purposes I have treated these three concepts separately but they are, in fact, symphonically linked together.  When you are Testing, for example, aren’t you looking for Aspects?  And when you are looking for Aspects aren’t you exploring specifics behind the scenes of an issue? You bet! The three ideas knit together and, artfully used, can take your Tapping skills through many new doors.

While knowing about Aspects helps us break the issue into its smaller parts, and Being Specific is a more refined way to work with Aspects, Testing is the strongest tool we have for actively digging them up and confirming that our work is complete.

The Compass That Keeps Your Tapping On Course 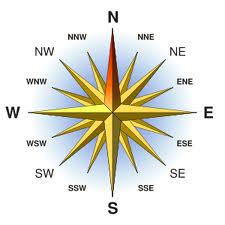 Testing your EFT work lets you know where you are in the Tapping process. It is like a compass that keeps you on course and is an essential tool for quality work. That's why I built the fundamental 0-10 testing scale into The EFT Tapping Basic Recipe.

Complete work with EFT means finding all the Aspects of an issue even though they are often hidden below the surface, even outside awareness. Proper Testing, which we will explore in this article, can dig up and identify those hidden Aspects that occur during the Tapping process. It is a mandatory feature of EFT and should become a habit. You may even consider it an obligation … as I do.

In fact, if you don't Test with great regularity you will often find yourself in the dark without knowing it. This brief video points that out.

Not only is Testing the main way to uncover Aspects but it also provides simple bridges to many of the other vital Tapping tools that you will learn in subsequent articles. This opens even more doors that lead you to the elite levels of EFT.

Evaluating Tapping Results with The 0-10 Scale

Your use of the 0-10 intensity scale has been basic so far, and here is a review.

When you feel like you have reached a zero of intensity on all of the Aspects that you can find on the issue, it’s time to put those results to a test and see if the zeros are really zeros.  Here are a few simple ways to do that.

Test in the real situation when possible:

This is the ideal test because it provides the highest likelihood for exposing remaining Aspects or related issues. While imagining an issue can go a long way toward Testing your Tapping progress, putting yourself in a real situation will often present Aspects you couldn’t have anticipated.  Examples of this would be (1) Testing the anger you may have toward an abusive parent by actually meeting with the abuser, (2) Performing basketball free throws under intense situations in a real game or (3) Testing your result with a fear of heights by looking down from a tall building.

Testing with this method is illustrated in the following video clips. The first one is with Mary whose head injury gave her an intense reaction to lights. The longer one, with Patricia, allows me to actually test her "social ineptness" while performing EFT in the real situation (after we had addressed related Specific Events from her past). Please note that in the segment with Patricia, I apply EFT in creative ways. You will learn more about this later.

TESTING YOUR EFT WORK IN THE REAL SITUATION - WATCH VIDEO

Obviously, it is not always possible to Test in the real situation, so you can also try the other methods below.

On the surface, this may seem self explanatory. The general idea is to vividly imagine the issue or event in your mind ... turn up the volume, make everything bigger, exaggerate all the sights, sounds, colors and sizes and really TRY to get yourself upset about it. Once you succeed, you have a new aspect(s) to address.

However, many people are afraid to do this because they don’t want to experience the pain they think may be there. They may have made great Tapping progress so far with EFT but are sometimes concerned that this Testing method will run them headlong into possible pain (even though we are expecting little or none to be there).

Accordingly, many people don’t really vividly imagine the issue. Instead, they tend to close their eyes and tip-toe lightly over it. This is NOT a good test. That’s why I give specific instructions as clearly shown in this next video showing two examples: Pamela and Kim. Notice that we use the process to actively look for remnants of the issue that have not yet been addressed.

Here we Test using photos, memorabilia, sounds, movies and the like. This is particularly useful as a substitute for those times when Testing in the real situation is not possible. The idea here is to trigger emotional issues and observe what aspects or related challenges arise. For example, you might (1) view a photo of a deceased loved one to test your level of grief, (2) play the sounds of gunfire or helicopters to Test the traumatic response to war/abuse , or (3) view the snake scene in the movie Raiders of the Lost Ark if you wish to Test your Tapping progress regarding a fear of snakes.

I once used a recorded TV series as a prop to help Robert, a 52 year old African American man, with his poor self image around being black. His inadequate feelings consistently improved through our EFT phone sessions UNTIL I Tested our results by asking him to watch ROOTS, the TV series about black slavery. He recoiled at this and pleaded that he could never watch it.

“Excellent!,” I thought, "Here is a fabulous opportunity to get deeper results."

This was ideal because ROOTS consistently Tested the specifics of Robert’s issues and gave him opportunities for resolution right on the spot. The result was a complete transformation because he now beholds ROOTS (and himself) with a sense of pride for what his ancestors were able to overcome.

The video below gives you two examples of how to use props in a Tapping session.  First, I help Lucille with her claustrophobia by confining her in a blanket.  Note how I am consistently respectful of her fear and the use of this prop.  Then I use an 8x11 card with writing on it to Test Jai's severe vision problem (Keratoconus).

By digging deeper and finding all the Aspects of your issue, the results you get with EFT Tapping will increase tremendously. Remember, the single biggest mistake that people make with EFT is not being thorough enough and thus leaving Aspects on the table, so apply persistence, diligence, and really use these Testing tools to challenge your results.

In this article you learned about Testing your Tapping results.