All Of Our Beliefs Are Open To Question

Now think about what our scientists are saying. I mean really think about it. Every belief we have assumes a separated world and, since separation is impossible…

All of Our Beliefs
Are Open to Question! 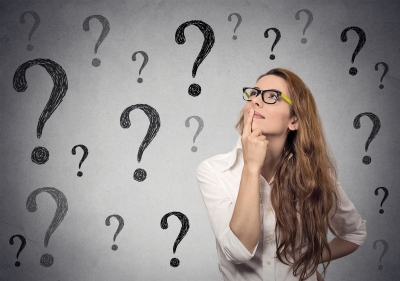 They are built on an illusory foundation that tends to shift and change over time. That’s why our beliefs tend to be unstable. For example, are your beliefs about religion or politics the same now as they were 10 or 20 years ago?

What about your beliefs regarding how to raise children or how our educational system should work? Have they changed over the years?

And then there are those beliefs about marriage, relationships, money and medicine. How many of those beliefs have remained the same for you over time? Even if some of your beliefs seem to have been stable, how many other people agree with every detail of those beliefs?

Again, our illusory beliefs change and shift and it is a real challenge to find any two people who have an identical list of beliefs. That’s because those beliefs are built upon a foundation of sensory deception and must change and shift because they are not built on truth.

Now back to the scientific fact that separation is impossible.

It should dominate the evening news — and the newspaper headlines — and every blog or talk show on the planet. It should be taught in schools and permeate global politics so we can move toward a Oneness existence instead of expending endless resources toward the inevitable conflict that comes from separation. And…

It Should be the
Centerpiece of a New,
Ultimate Healing Process!

That ultimate healing process is contained in this book. Here is where we cross the bridge and look past our erroneous senses and our mistaken belief in separation. Here is where we begin to replace our “many-treatments-for-many-issues” mindset with one natural remedy for everything. Here is where The Unseen Therapist shines Her light. She represents our Oneness dimension and sees beyond our erroneous beliefs. That is why She can perform healing miracles that are beyond man-made methods.

Why do we believe in separation?

Why, if our Oneness reality is so exquisite, would we bother with limiting ourselves to illusory bodies and seemingly undergo pain, conflict and death? This is a theological question that scholars will debate for decades to come. Books will be written about it and movies will be made.

To date, however, there is no answer to this question that would satisfy everyone. That, as I stated early on, is why I’m avoiding theological debates; they aren’t necessary for us to make progress.

So it is not important to spend energy on this question of why. That will only distract us from our more important and achievable task of how to get there. Besides, once you master the how, the why will become trivial.

Now it is time to dig more deeply into our NewThink. We are about to shift from the FACT of Oneness to the EXPERIENCES of those who have awakened into it.